Moja dzielnica nie jest mi obojętna! [I am not indifferent to my district!]

In 2017, for the first time, we designed branding for a social project implemented by the Stowarzyszenie Górnośląski Klaster Kreatywny [Upper Silesian Creative Cluster Association] under the slogan “Moja dzielnica nie jest mi obojętna” [I am not indifferent to my district]. Katowice bets on a change from scratch. The action was aimed at bringing together and integrating local communities from eight residential districts of the city of Katowice. There were workshops, conferences and many other meetings held.

The sign refers to the forms of buildings in housing districts with a heart-like shape. A blue heart emphasises a positive meaning of the project and evokes the following relationship: one inhabitant – one heart – one housing district. We expanded the identification to also include a graphic simplified bird-eye view rendering of an inhabitant; this figure symbolises openness (open hands) and a sense of freedom, while at the same time it denotes the importance of belonging to one’s district – an area rendered in blue. 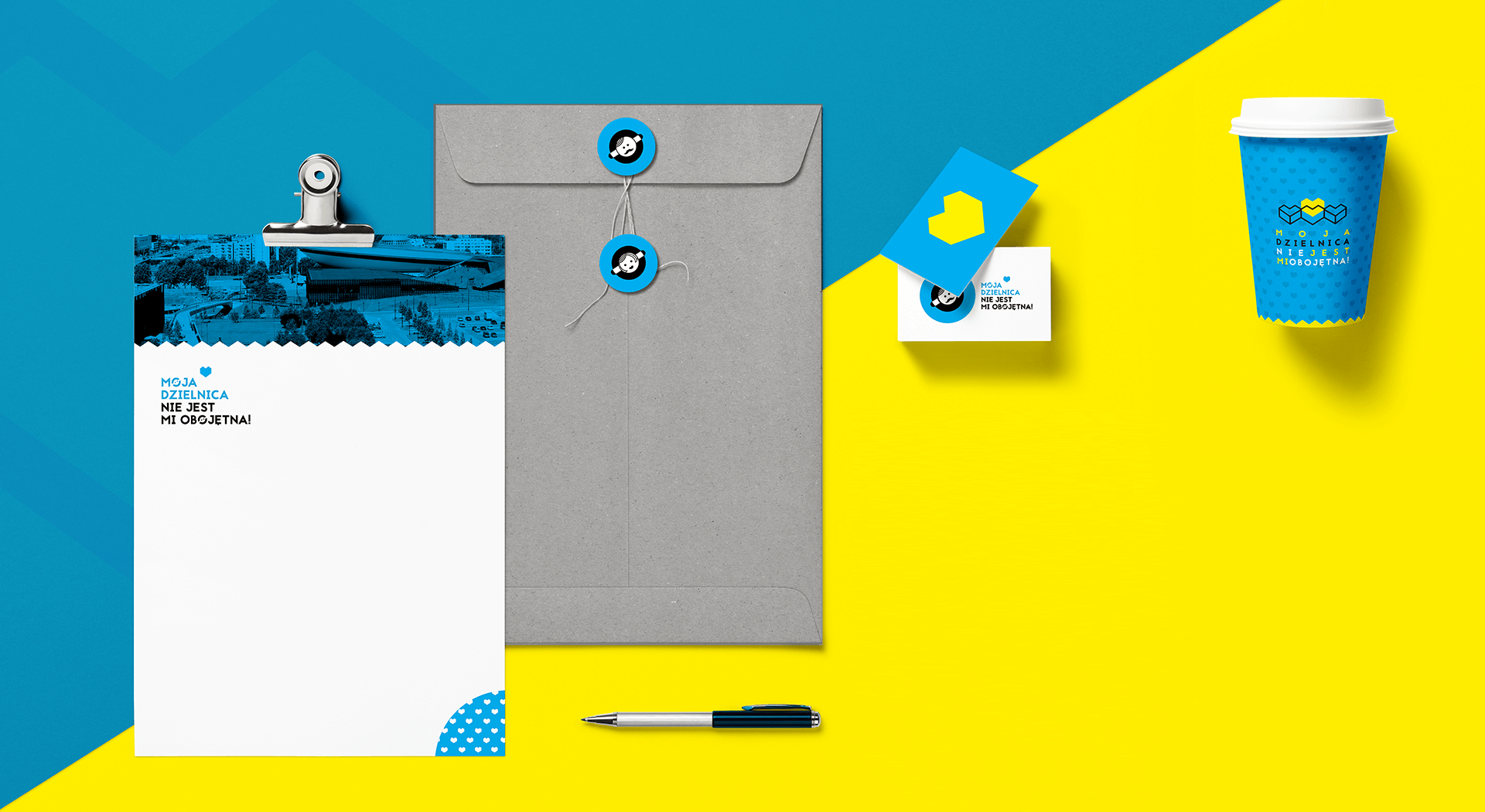 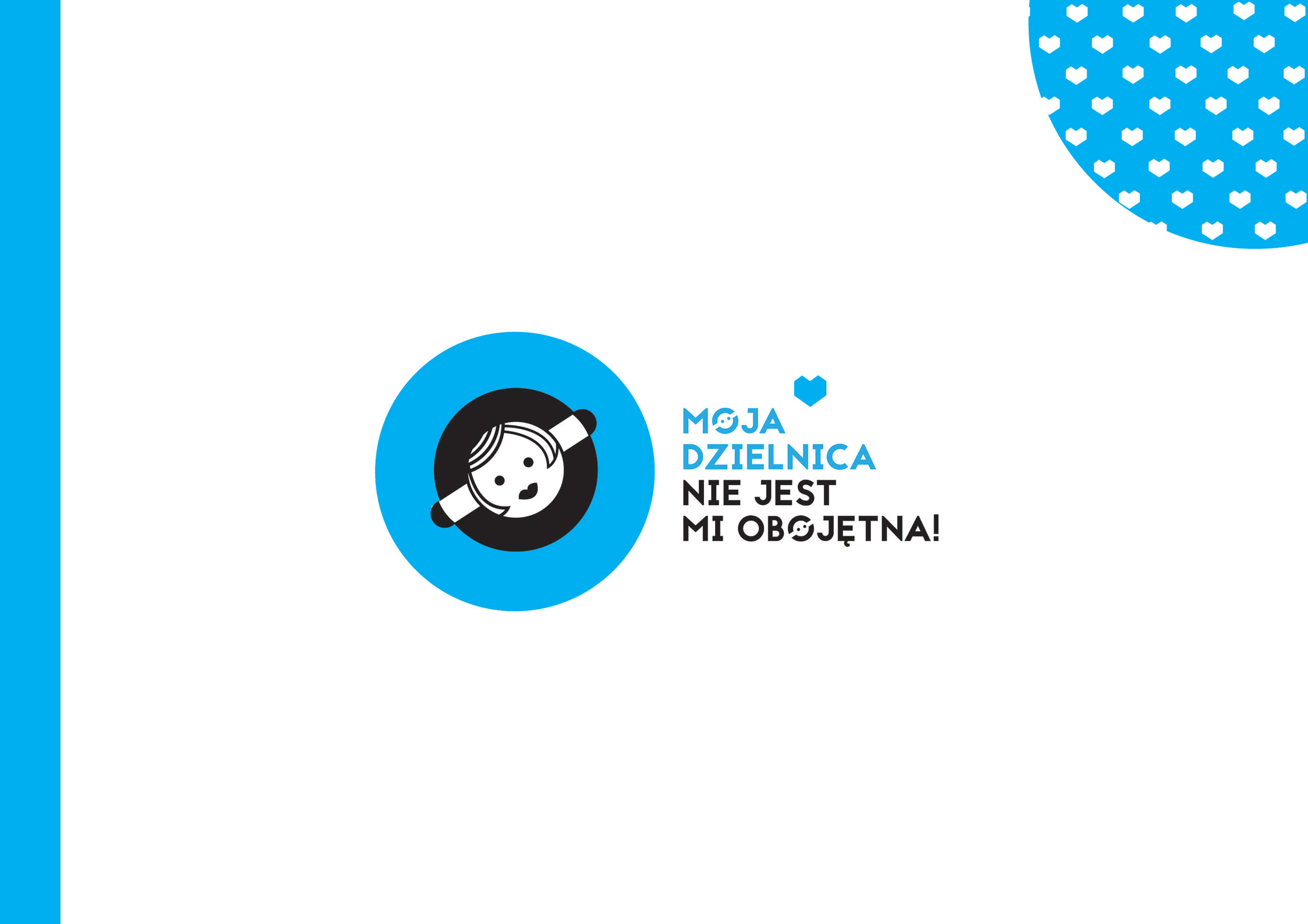 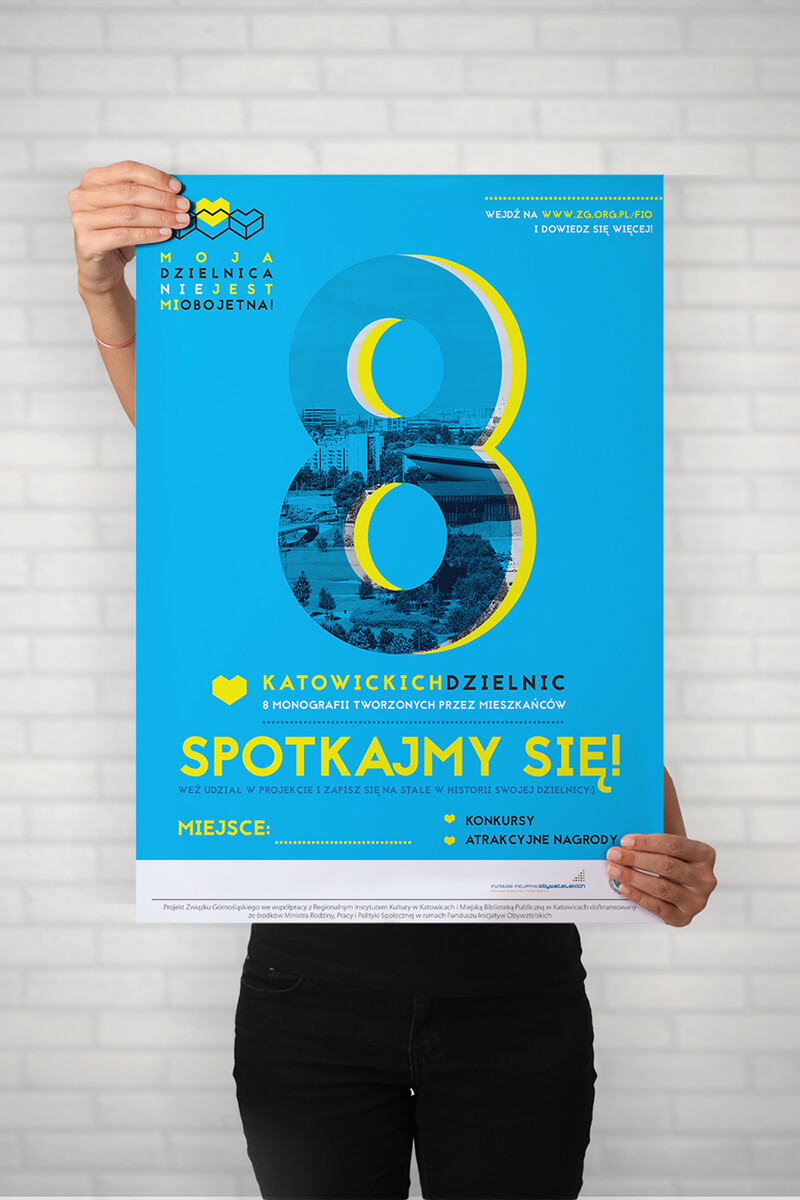 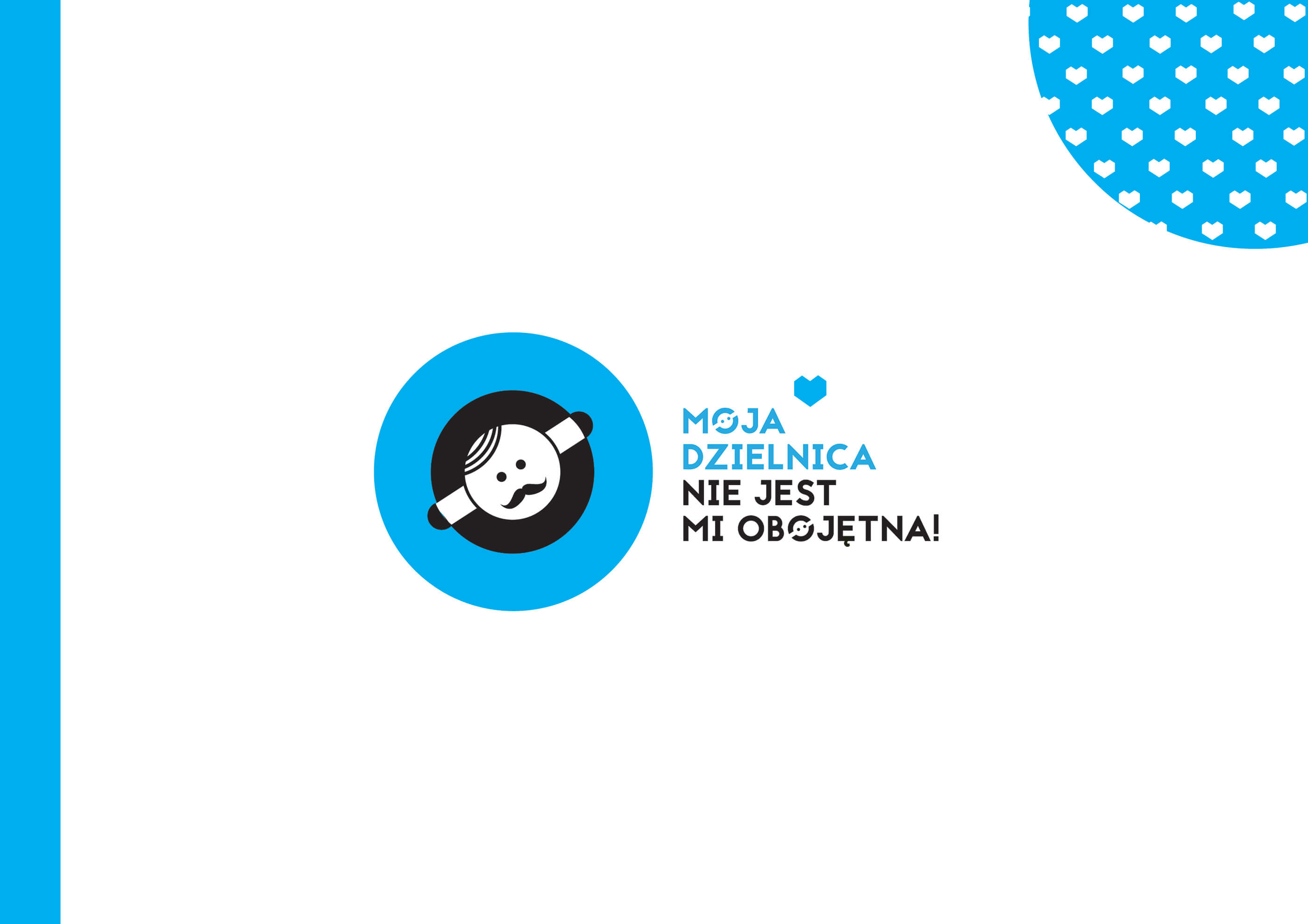 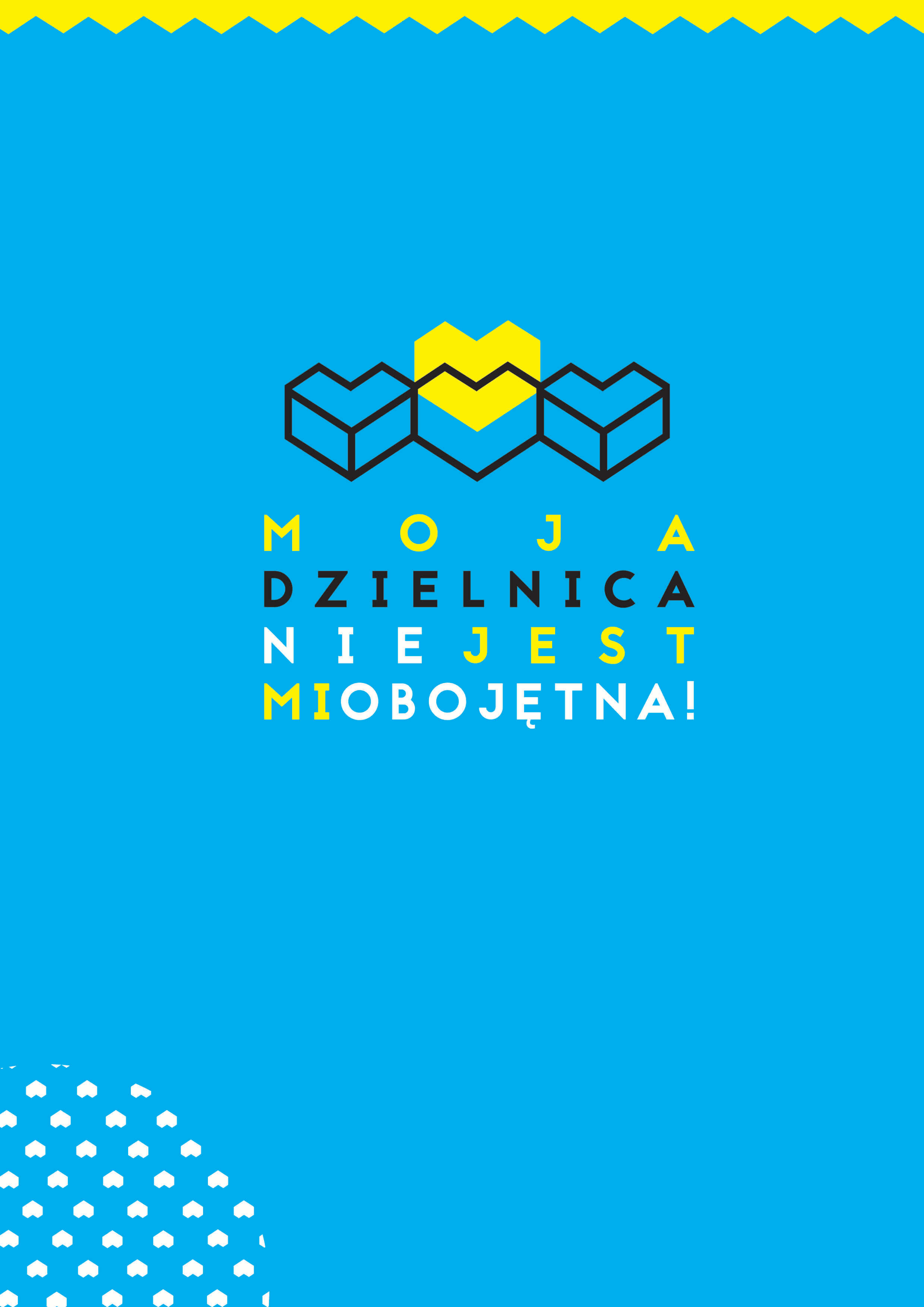